Share |
Today was our last day in San Diego; we did not want to leave. We should have booked an extra couple of nights here. The first stop today was the aircraft carrier USS Midway. She is now a floating museum in San Diego Harbor. 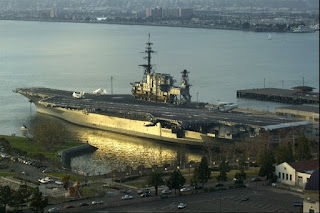 This was an incredible tour. If you have never seen an aircraft carrier in person it is an awe inspiring scene. To begin with, these are floating cities with a crew of 4,500 personnel to support operations. Over 13,000 meals were served daily. This carrier is over 1,000 feet in length in it's final configuration (it had 3 over the 47 years of service). The ship carried over 2.3 million gallons of diesel fuel for propulsion/generators and over 1.2 million gallons of jet fuel. All eleven carriers in service today are nuclear powered so, they don't have to carry as much diesel fuel. 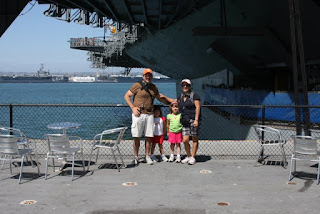 Taking a break on the flight deck elevator 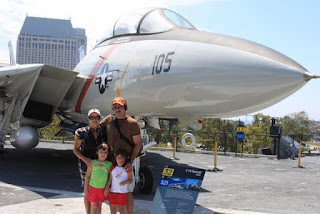 This carrier began its career just as WWII ended; when it was commissioned it was the largest ship in the world for a decade, the first too large for the Panama Canal. And, her career continued until Desert Storm, where it served as the flagship of Persian Gulf air operations.

Here are a couple of photos from maps in the strategy/war room depicting aerial targets during Operation Desert Storm. 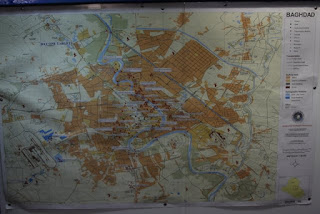 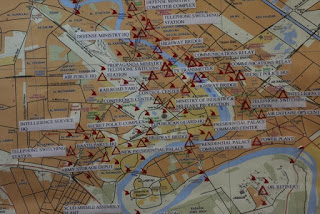 Close-up photo
We toured everything except, the Island Superstructure, which is the large tower structure on the flight deck, and the 2nd deck. The island housing all thing related to primary flight operations and the bridge. Our youngest girl did not meet the height requirement to visit this portion of the tour....there are some very step stairs. The tour includes a self-guided audio presentation. You wear a headset that is attached to a keypad device. As you walk to each exhibit you simply enter the number on the display into your keypad device and a 1-3 minute audio presentation is played. This audio includes various crew members relating their personal experiences. Also present throughout the tour were retired USS Midway personnel serving as docents. One outstanding discussion was a retired pilot who gave a 15 minute presentation on the landing process (on the flight deck, at the back of an F4). Watching Top Gun I always wondered what the phrase "call the ball" meant during one of the fighter approach scenes....now I know. I have always believed the US Navy has the best pilots in the world...this presentation confirmed this.

Here are a several pilot wannabees: 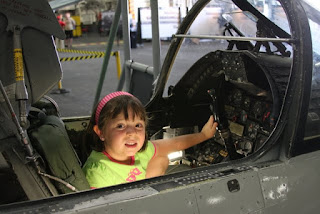 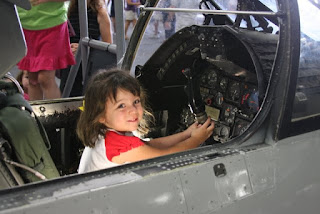 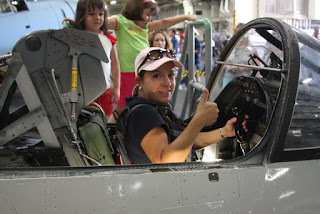 If you are ever in San Diego this is a definite stop on your itinerary. The girls got a tired were somewhat bored with this but, Dianna and I both loved it.

We headed out to the zoo at around 12:30. Everyone decided to eat In-n-Out, again! So, we typed it into the GPS and it promptly directed us to the closest one. We bought this GPS last Christmas and it has been the coolest thing, especially traveling somewhere new. We entered all of the addresses for our stops...so with just a couple clicks it guides us step-by-step with visual/audio directions.

After another great In-n-Out meal we went to the zoo. 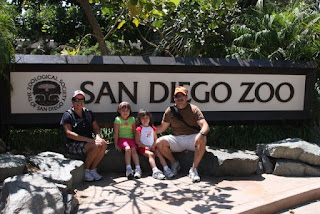 Today we had several people comment that "we brought the heat from Texas." It was hot in SD today. Hot in the coastal area is 85. The zoo was definitely hot. The zoo was great. It is situated in a canyon are within Balboa Park, with a very tropical feel. The San Diego Zoo is known for their large koala collection: 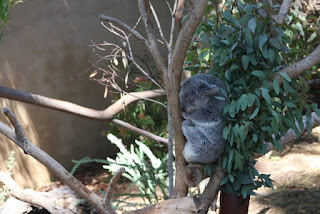 We saw our first, and so far only, movie star at the zoo: 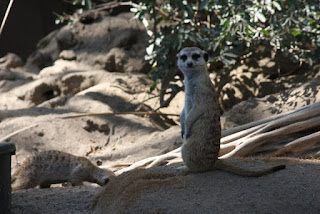 Our youngest daughter feel asleep about an hour and a half into our 5 hour visit. 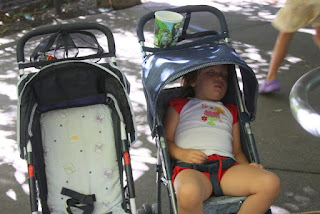 This meant she missed most of the zoo, including the pandas. There was about a 20 minute wait to enter the panda exhibit. 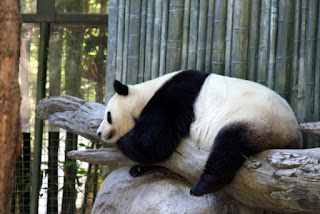 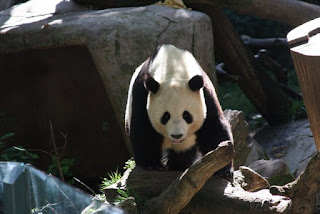 Mom waking up and stick her tongue at us. 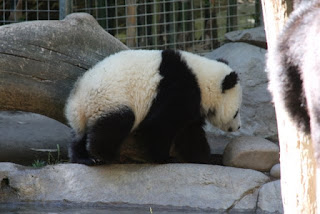 Baby making a run from Mom. 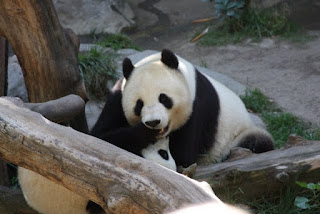 Mom showing baby who the boss is... 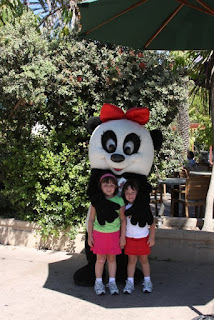 Here's an "American" panda
with our girls.
At Sea World all of us rode the sky ride....our oldest saw the sky ride at the zoo and kept asking (and asking) to ride the one at the zoo. Unlike the Sea World being a round trip ride the zoo's sky ride takes you from one side of the park to the other. So, for the both us this would be a $12 trip to get there and then get back. As I prepared to purchase our tickets I pleasantly surprised to find out that our "City Pass" allowed unlimited sky rides. City Pass is the prepaid ticket we purchased from costco.com that allowed us deeply discounted admission to San Diego Zoo, Sea World, Disneyland, Disneyland's California Adventure and Universal Studios.

The sky ride view was incredible: 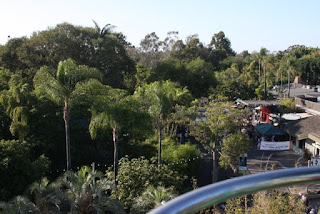 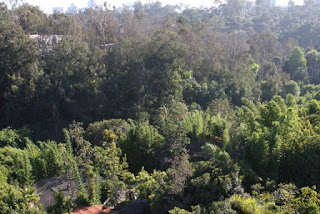 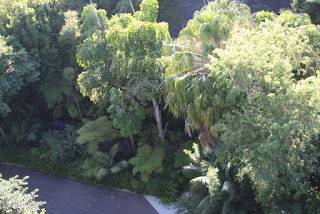 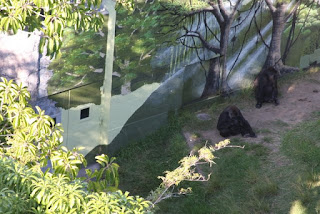 Gorillas from the sky ride

After leaving the zoo we made the trip to Anaheim. We went through Chik-fil-A drive through in Oceanside. It was empty with the exception of the car in front us. I guess this place isn't as popular in Cali. Traffic wasn't too bad, as it was around 8pm. At one point, the freeway was 8 lanes wide. It's Disney tomorrow...the girls are very excited.
Posted by ferny at 2:47 AM